Previous Capricious
Next Between Green 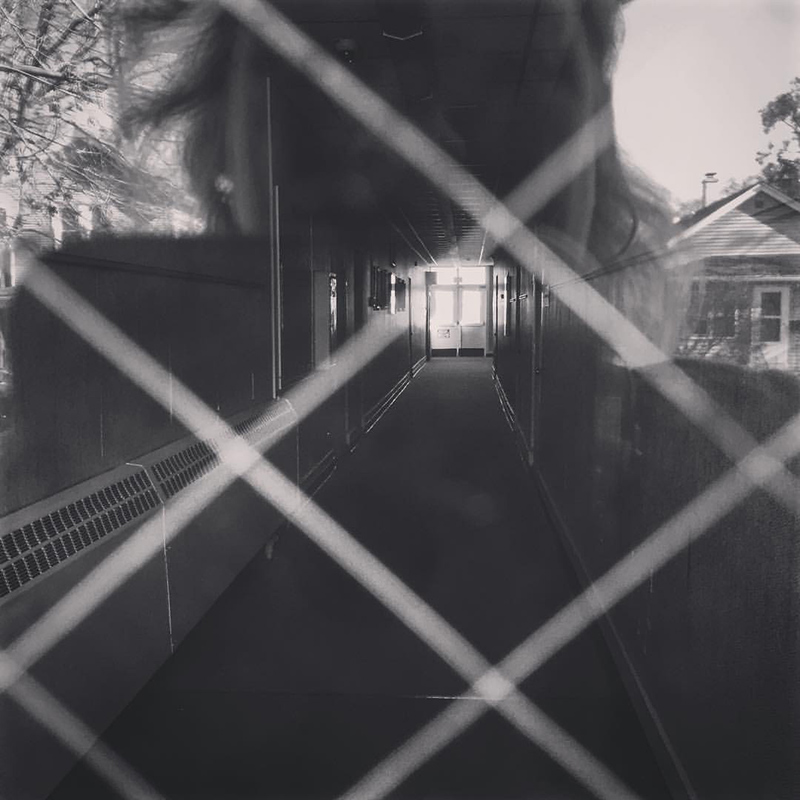 The other day I went to church, nothing world shattering except that I’m as much of a lapsed Catholic as they get.  Put this under “things you do for those you love” because it really was for good reason, to honor my sister in law who had passed away about a year before.

Truth be told, I do very much enjoy the pomp and circumstance associated with Catholic ritual.  As an acquaintance once said: “Catholics have good props!” (you could totally tell this was a photographer speaking).  And the incense…oh the incense…it’s partly why I love the spicy, burning wood, almost citrusy, organic small of incense so much. Especially the primary scent of the Church (they really should’ve trademarked it as theirs): Frankincense.  Stepping foot into this particular church,  which perpetually smells of dog eared hymnals passed through many sets of hands, old wood and Frankincense (™ pending) brings forth a flooding of water colored and blurred memories.  The moment I find myself stepping foot beyond the heavy ornate Gothic doors I am immediately transported to the day I completed my First Communion and the other hundreds of days surrounding that one day. The smells draw me in, beckoning me to envelope myself in the time machine that is church.  I am drawn to these rich earthy smells like a moth to flame.  While maybe not everything stuck with me (ahem, my Faith) something definitely stuck from the days of youth.   The power of scent is that it is a time machine.

It wasn’t my intent to do so but as these things sometimes unfold I parked opposite of where I normally do and walked past the school.

The stairs outside the school seem vastly different than the stairs of my youth.  Back then, at age seven, the stairs seemed so long, so high up.  Truth be told, seven stairs total take you from sidewalk to inside. Peering into the window of the front door, I am bothered by the carpeted floor.  The hall floors of my youth were tiled in linoleum squares.  The tile having been some shade of tan sprinkled with flecks of color that it belongs to no other era but the 70’s.  I could be wrong, memory is a funny thing, I do think we selectively remember and forget for whatever rhyme or reason there is.

I stared down this hall for a few moments, noting, once again, the sheer oddity of the concept of “growing up”.  It’s strange that during childhood every single thing seems to be an extreme.  For instance when I was seven everything appeared to be so big, so vast, so gigantic.  This hallway seemed like the longest hall in the world.  Temperatures felt extreme during childhood, hot was HOT and cold was shivering, bone chilling freezing cold.  Pain was extreme, my many toothaches during childhood haunt me to this day, the hollow bone shaking pain of a toothache is as extreme and mind numbing as anything can get.  Everything is polarized to the -nth degree.  Boredom was the worst.  I think as a child my most persistent feeling was boredom.

Back to the future.  This Sunday, so sunny and temperate.  The church bells were singing their tune when I swung the Gothic wooden door open to walk in.  In total contrast the floor of the church is the same floor as when I was a kid.  Small comforts where you can get them, some things should never change.  That’s the same tile I stepped on for my First Holy Communion, my glossy white patent leather Mary Janes clip clopping my pathway to the main aisle of the sanctuary.

This is the church where I began my life with my husband, in God’s eyes anyway.  The same church where, a couple of years prior, my best friend (at the time) told me she thought my (then) boyfriend would make a good husband “someday”, not having any idea that this boy I just began dating would become my beloved.  She wasn’t wrong.  While maybe her judgments weren’t always spot on for herself she was definitely spot on with this one.

This is the church where I was baptized.  The church pews have been changed out, the walls have been modernized and painted.

I remember the old church pews of my youth, ornate and very Gothic in looks- they were stately and sort of fear invoking with their pointed arch details and Gothic rosettes.  I remember scraping my fingernails along the oil painted surface, easily pulling up paint from the church pew back that supported my tired legs after an hour long mass.  I can almost remember how it felt to have the oil paint so easily come off with a simple scrapping of the painted surface.  My hands ever so restless.

This is the Church where my parents had their last trip before being buried.  My father’s funeral ceremony not-so-out-of-the-ordinary.  In contrast for my mom’s, the priest, relatively unknown to any of us in my family, not knowing who the dearly departed was kept saying the wrong name.

A tragic comedy of sorts.  I spoke up to correct him several times.  He kept messing up.  Without apology, I might add…

…some may wonder why I’m no longer identifying as Catholic.  One of many reasons…

Those funeral masses were as long as the masses of my youth.  Tears streaming, hand holding with my brother and my husband.  Trying to keep steady on feet.  My hands no longer pre-occupied with the pew in front of me.  The focus having been on how to stand upright without crumbling to the ground (like the mess that I was).  Surreal.  It wasn’t boredom that I felt during those two masses, it was a feeling of not really having been there but yet experiencing the painful, hollow, profound, earth shattering losses that I experienced.

Flashback.  I remember how restless my whole body was during those long masses, every portion of mass coming THAT much closer to freedom.  Freedom to see the sun shine for that brief few moments between the church and the school when we would all walk, single file, down the sidewalk from early morning preaching to an all day affair of reading, writing and arithmetic.  Sometimes the lag to get into the school would be longer than usual as some child ahead of the line would be getting reprimanded, scolded by the ladies in black, Sister Agnes or Viola or one of the ones I don’t remember in their stern old lady voices chastising.

During those lag time moments I remember turning my head up towards the sky, feeling the sun on my face (if we were lucky that day).  Sometimes we would run in, avoiding individual drops of rain as they fell upon our heads.  Honestly there are only a few details of those early formative years that I remember vividly, a profound and persistent case of restlessness, the kind that takes up your whole body and spirit,  the kind where adults might remark that the child has ants in their pants.  That’s me (likely to this day actually) ants in my pants.  And the sunshine.  I remember how brightly the sun shone and how its’ warmth brought me comfort during those years.

I also remember day dreaming, my mind would wander in no less than one thousand directions during long, drawn out gospels and sermons about demons and hell fire, followed by long drawn out lectures about addition, division, subtraction, multiplication, SRA, standardized testing, you name it my mind found a way to wander away from it.  It’s no wonder that I wasn’t diagnosed with some form of inattention disorder but I had cuteness to my benefit (at least until 4th grade when the beginnings of adolescence sprang across my forehead in the form of pimples) and the benefit of being Sister Agnes’ or Violas’ or Sister (fill in the blanks) pet.   Cute and fully Polish, the Polish nuns loved me, I never got in trouble.  Every one thought I was sweet and bright.  And quiet.  Reminds me of my youngest during her early gradeschool days when everybody would remark at how quiet she was.

Would you go back, a question often asked during meaningful conversations between friends and acquaintances or on social media platforms that try to elicit depth to a mostly shallow society.  My thoughts are that “they” aren’t wrong when they say that youth is wasted on the young.  Nor are “they” wrong when they suggest that wisdom is a gift you trade for youth  (in this case “they” being Vampire Weekend, the lyrical geniuses behind “Step”).  I’m finding, in my mid-40’s that most people say they wouldn’t trade their wisdom for their youth, that they’d only go back if they only knew then what they know now.  I wonder if that changes during those last breaths of ones’ life.  I wonder if they would trade wisdom for youth.

One doesn’t know until they try.

I know one thing and only one thing in this life.  Whatever I trade it would never be for the feeling of the warm sun on my face.  Youth and wisdom have nothing on the sun.