Previous Between Green
Next Tranquilize 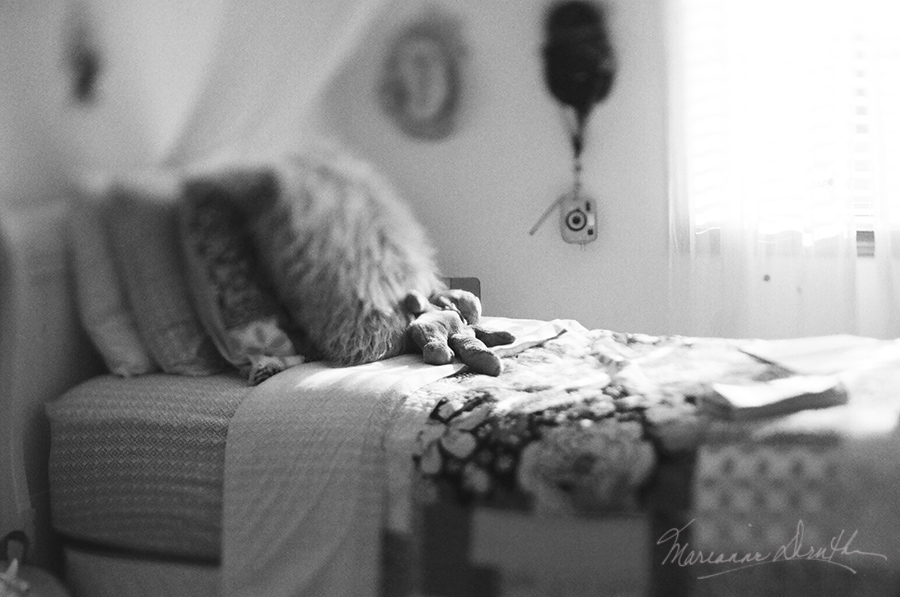 Cashew the bear.  A frequent visitor into our bedroom in the middle of the night.  Squeezed tight by little arms attached to the little body with the little legs that climb onto our big adult bed with a running start.  Cashew the bear squeezing his way (with his BFF, my “Thug”) in between our warm bodies, snuggling between us during the wee hours of slumber.  Nestled in tight between us, Cashew the bear (and Thug) spend the last half of the night dozing into the morning dawn.

Cashew the bear has spent many nights away from home, under Thugs’ head he rests while she sleeps.  He’s her very best friend (so it seems).  He awaits her wakening to once again be clutched during the day, being brought downstairs, upstairs and every where in between.

Flashback: Thug falling from the swing at preschool, flipping back into the sky bending her neck and head into an impossible contortion in excruciatingly slow motion as I watch helpless from the side line, in slo mo Thug lands with a thud, a mother’s worst fear may come to pass.  Rushing her to the hospital Thug, all of four and a half years old, cries out for Cashew.  “Cashew!  Cassssshhhhhheeeeeeewwww!”  her insistent cries calling out for her best friend persisting until I pull into our driveway hurriedly to get her beloved bear to calm her down, all the while she sits buckled tight in the car seat, alone, the back seat her only companion.  I run into the house finding Cashew in record time then rush (once again) to the hospital to have Thug checked over.  Cashew by her side as she is poked and prodded by physicians who pronounce the a-ok, a mother’s sigh of relief that her initial instinct proved right.

So many memories with Cashew.  Present: Cashew here with us awaiting his best friends’ return from her ever-constant-human BFF’s home.  He slumbers awaiting her return, waiting to be clutched in not-so-little arms once again.  He is, after all, a girls’ best bear & a mom’s best memory.